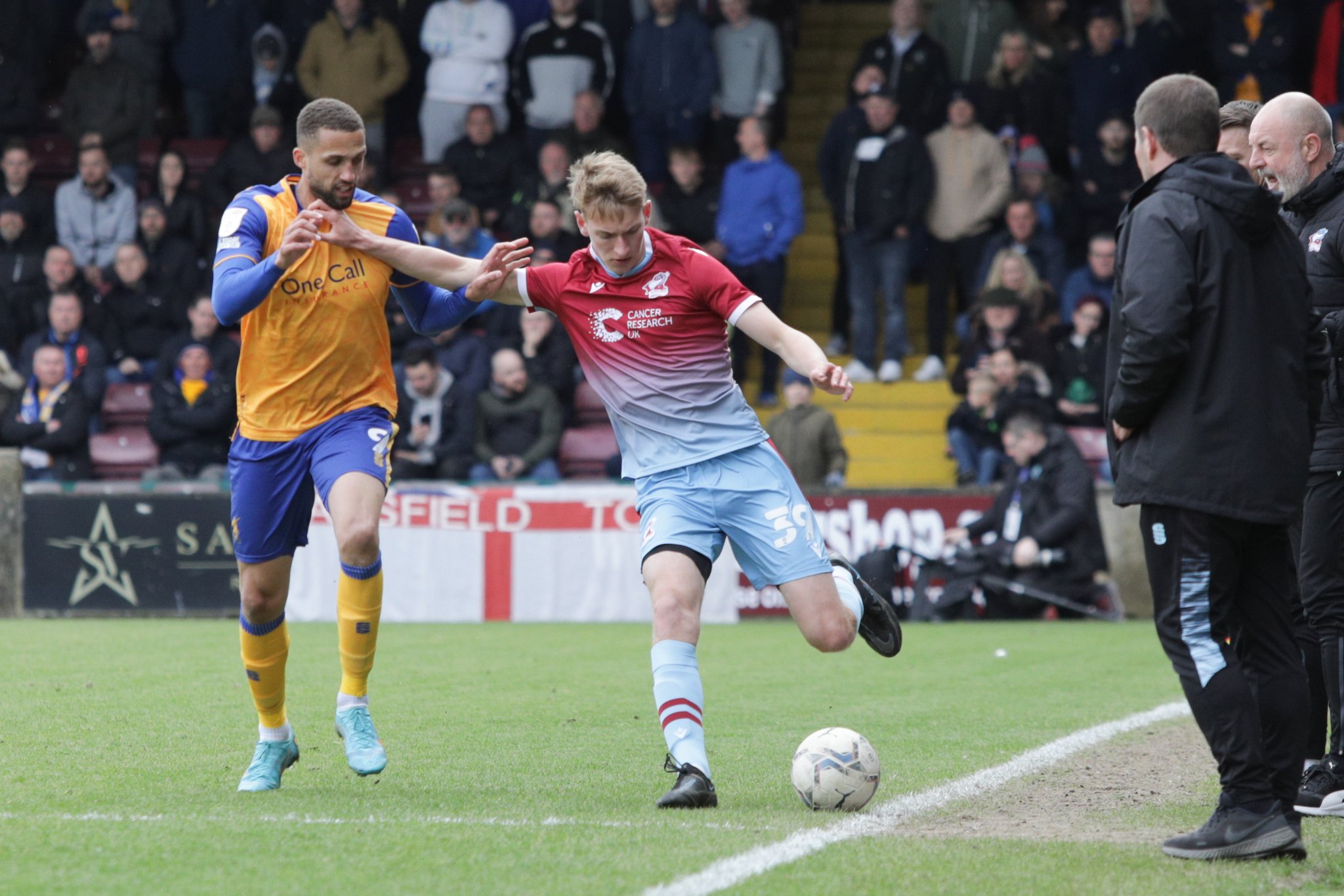 After his impressive performance and goal at the weekend (Sat 2nd April), Dion Pereira was named in his the League Two ‘Team of the Week’.

Congratulations to 18 year old Jake Canavan after The New Saints won the FAW Youth Cup. They beat Flint Town United 1-0 to lift the trophy for the first time.

A Callum Lang inspired Wigan Athletic moved to the summit of League One after a convincing 3-0 win over Accrington.

Barrie McKay’s sublime strike for Hearts against Livingston has deservedly been named as SPFL ‘Goal of the Month’ for March 2022.

The evening kick-off saw Ella Toone win another England cap as her national side played North Macedonia in World Cup qualifying. The Lionesses ran out 13-0 winners with Tooney scoring her second hat-trick of the qualifying campaign, and assisting another.

later that night Martin Boyle helped Al Faisaly secure a 1-1 draw against Jordanian side Al Wehdat in the first Asian Champions League fixture of the season.

England u19’s faced Iceland in another Euro qualifier against Iceland. Manchester United Centre Back Tara Bourne played the full ninety and helped the Young Lionesses to a 2-0 victory.

Man of the moment Barrie McKay produced the goods again. His back heel assist helped Hearts beat Hibernian 3-1 in the big Edinburgh derby at Tynecastle.

Callum Lang produced another fantastic match winning performance to consolidate Wigan Athletic’s position at the top of League One. He scored a brace and provided an assist as ‘The Latics’ beat Lincoln city 3-1.

Also in League One; there was a battling 1-1 draw for Aaron Morley and Gethin Jones’ Bolton Wanderers. Olly Lee’s Gillingham also earned a 1-1 draw at the Priestfield.

Luke Bolton made a successful full debut for Salford City in League Two. Two second half goals secured the points as ‘The Ammies’ beat Harrogate 2-0 at the Peninsula Stadium.

Congratulations to young Centre Back Ethan Young made his EFL debut for Scunthorpe United as a 61st minute substitute at home to Mansfield Town.

Bradford City had to settle for a point after Dion Pereira’s loan club played out a 0-0 draw at Northampton Town. Dion was again named Man of the Match in back to back games