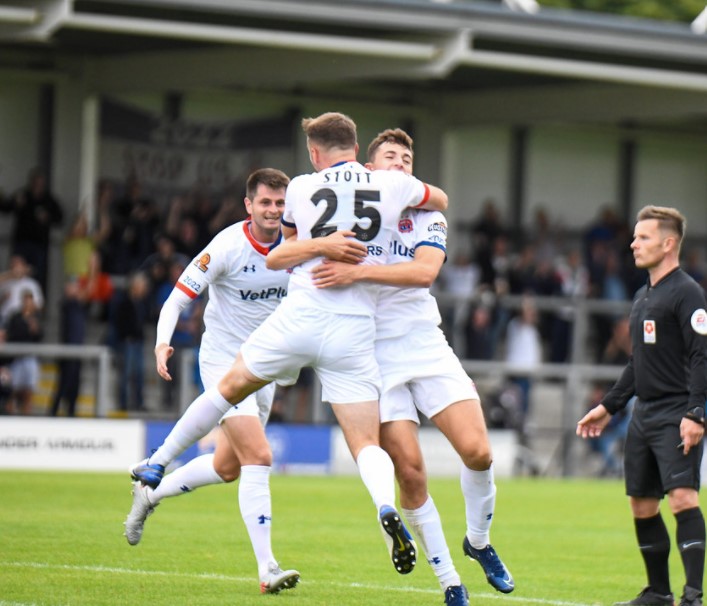 Callum Lang and Gethin Jones were introduced as late substitutes during their Carabao Cup Second Round match at the DW Stadium, as both Wigan and Bolton searched for a winning goal. The Latics came out on top by edging the resulting penalty shoot-out 5-4.

Elsewhere in cup action; Rochdale dispatched Shrewsbury Town 2-0 with Aaron Morley featuring. Ben Hughes’ Man of the Match display inspired his Marine side to extra-time glory over Workington in the FA Cup preliminary round. Their 2-1 win now sets up a tie with Dunston UTS.

Aaron Holloway continued his comeback from injury with a substitute appearance for his Burton Albion side during the 1-1 draw with Cheltenham Town. Rochdale also had to settle for a draw after their 1-1 scoreline against Colchester United. Aaron Morley completed his second 90 minutes action inside three days.

Blackburn came away from their Premier League 2 match with a point after the 1-1 draw against Leicester City. Academy graduate Dan Pike captained the Under 23 Rovers’ side.

Martin Boyle continued his blistering start to the SPL season with a sublime finish which sealed Hibernian’s 2-0 win against Livingston.

Promotion hopefuls Barnsley and Birmingham City played out a 1-1 draw in the EFL Championship. Liam Kitching featured for ‘The Tykes’ at Oakwell.

It was a successful day for our young men in League One. There was a 2-0 win for Jamie Lindsay’s Rotherham United and Elliot Lee made his debut for Charlton Athletic as they beat Crewe 2-0. Wigan Athletic cemented their good start to the campaign with Callum Lang’s late goal enough to see off Portsmouth.

National league promotion favourites Wrexham and Notts County met at the Racecourse Ground in the late kick off. Ed Francis started in midfield for County and helped earn a point in a 1-1 draw that was a great spectacle for the National League.

Joe Piggott continued scoring goals for Fylde as he scored his second goal in as many days to earn a 2-1 win against Southport. #FullNInetyFamily