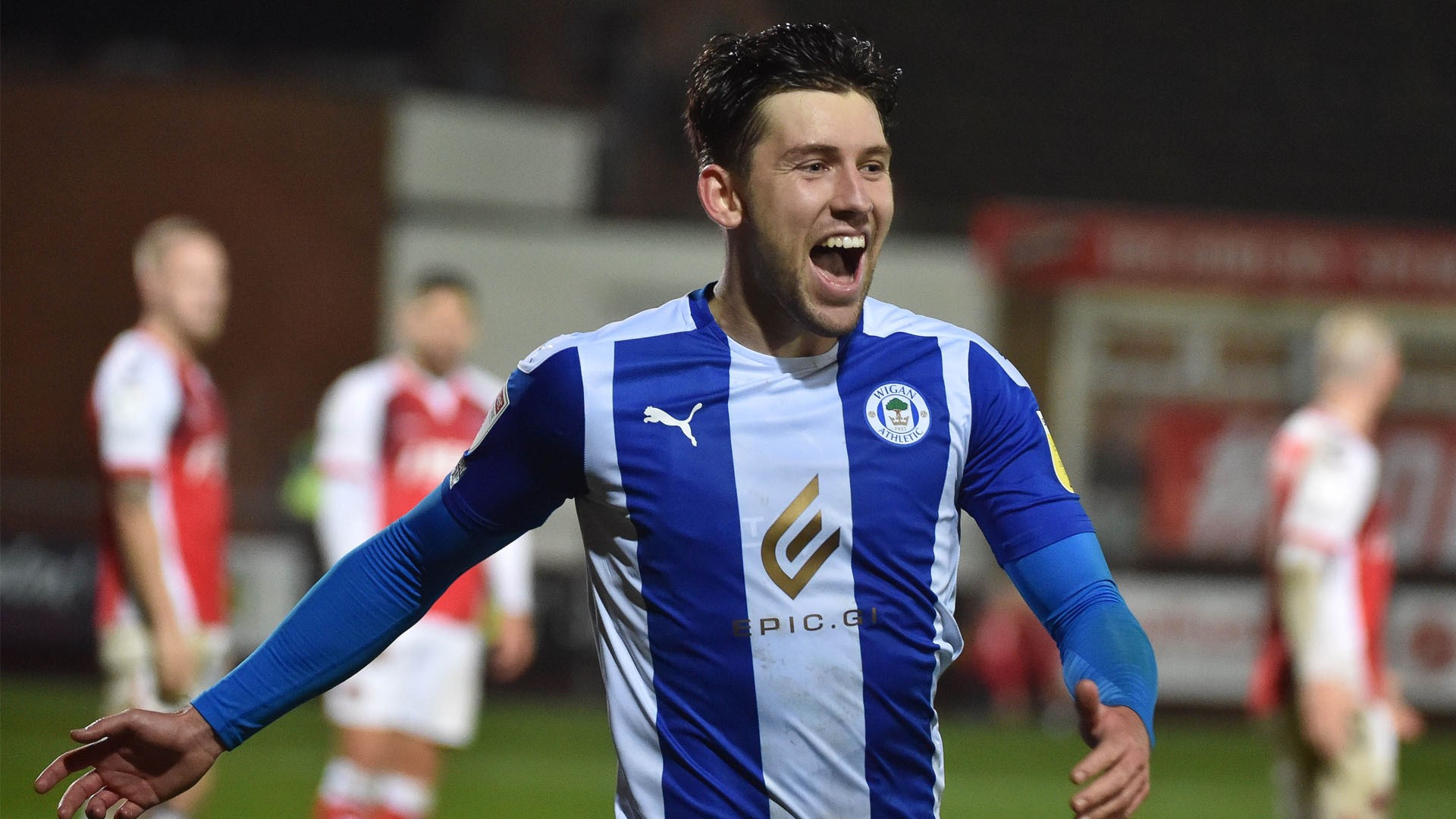 Wigan Athletic staged a remarkable comeback during their clash with Fleetwood at Highbury, with Callum Lang at the heart of the action. The Latics’ trailed 2-0 with almost an hour played. Langy struck their opening goal to turn his side’s fortunes around. Wigan scored 3 goals in a 10 minute spell to secure a 3-2 victory, which sends them back to the top of League One.

Also in League One; Elliot Lee’s Charlton Athletic picked up a credible 1-1 draw with high flying Rotherham United. 19 year old Freddie Price made a 30 minute cameo for Morecambe who slipped to a 2-0 loss against Cambridge United.

Right-back Tylor Golden completed 90 minutes for Salford City during their Papa John’s Trophy group fixture with Premier League side Leeds United. He supplied a quality first half assist to cap his evening.

Australian international centre-back Harry Souttar claimed the assist for the only goal in a tight game at Bloomfield Road. His Stoke City side beat Blackpool 1-0 with striker Tyrese Campbell making another substitute appearance to bolster his match fitness.

Lizzie Arnold’s amazing scoring run continues after she scored her 8th goal in 8 SWPL games, as her Rangers side beat Motherwell 5-0.

Liverpool left-back Taylor Hinds earned her side a bonus point after slotting home the winning penalty in the Continental Cup, after a goalless draw with Sheffield United.

Harry Souttar marshalled the Stoke City defence to back to back clean sheets as they beat Luton Town 1-0 at Kenilworth Road. The win sees the Potters climb into the EFL Championship play-off places.

The New Saints hammered Haverfordwest County 6-0 in the Welsh Premier League. Declan McManus continued his outstanding goalscoring form by helping himself to a hat-trick! That takes Dec’s total for the season to 18 and we are barely into November.

Forwards Kit Graham and Ella Toone played out a 1-1 draw for Tottenham and Manchester United respectively, in the FA Women’s Super League. Elsewhere, Faye Bryson and Brooke Chaplen guided Reading to a 3-0 away win.

Wanderers move quickly to tie down in form fullback