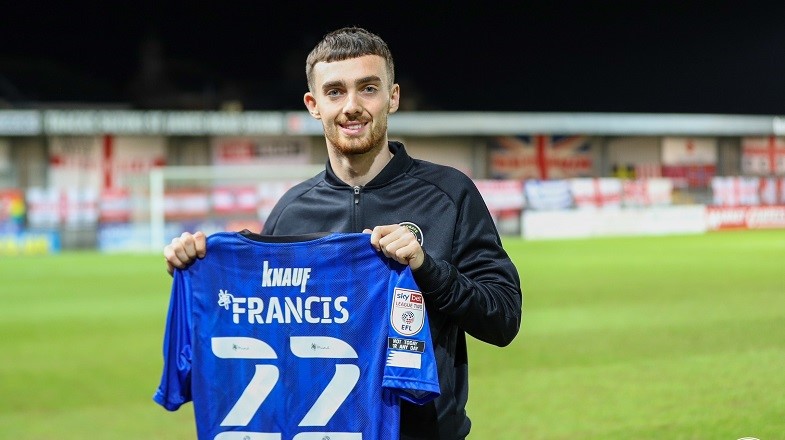 Young midfielder Ed Francis (21) has signed for League Two new comers Harrogate Town until the end of of the season.

Francis started his career as a Centre Back at Manchester City and represented England at various youth levels until his switch to Wolverhampton Wanderers at the age of 19. It was at Wolves that the naturally left footed defender made his transition in to midfield. Captaining their Under 23 side to the Premier League 2 (Division 2) Title.

Having agreed a deal over the weekend, Ed was immediately included in the the squad that travelled to Exeter City and subsequently made his debut for the ‘The town’ as a 59th minute substitute in a 1-2 away victory.

Everybody at FullNinety wishes Ed all the very best of luck as he builds on his EFL debut.