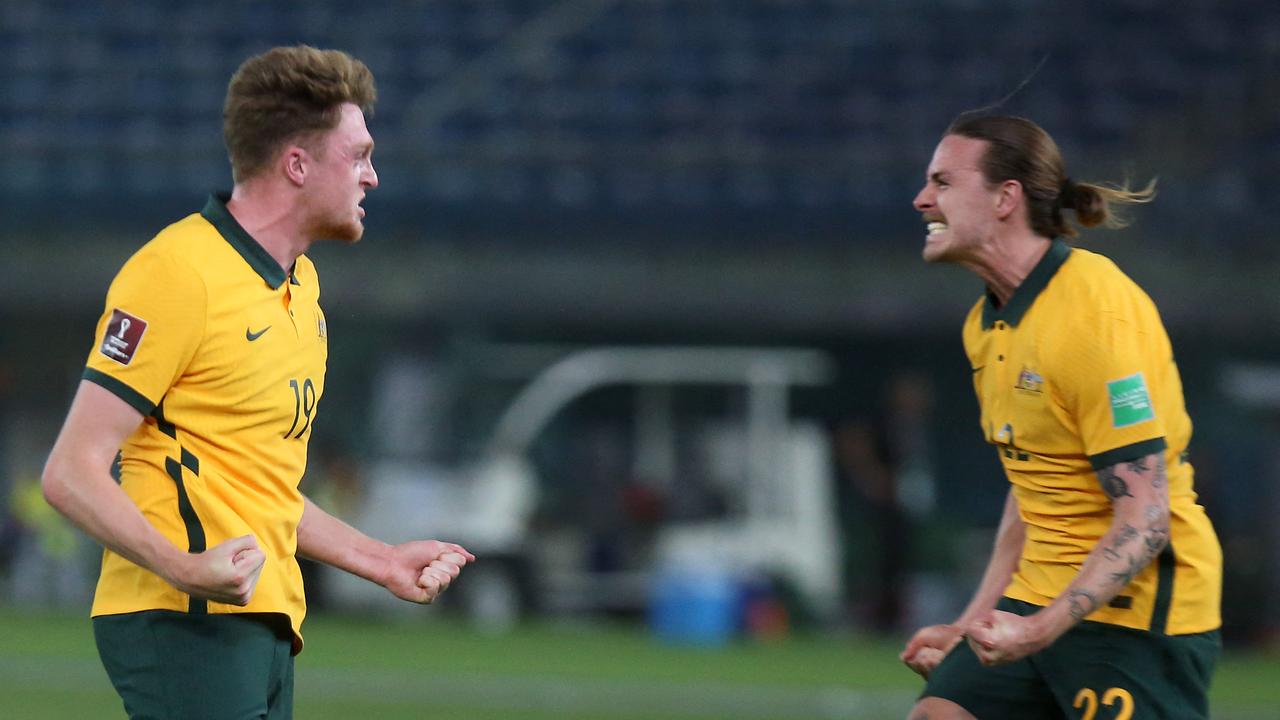 FullNinety’s Martin Boyle and Harry Souttar both made massive contributions in ensuring that the Socceroos topped their World Cup Qualifying Group in Kuwait with a perfect record.

Souttar missed the first fixture against Kuwait recovering from a hip injury that curtailed his domestic Season, but Hibs winger Boyle started and assisted the first Socceroos goal in just the second minute of the game. Australia eventually registering a comfortable 3-0 victory.

Roles were reversed against Chinese Taipei as Boyle was rested and Harry returned to the starting line up. ‘Big H’ took only 11 minutes to score the first goal from a corner and set Australia on the way to a resounding 5-1 win.

Both FullNinety men started in Green and Gold for the first time and did not disappoint. Boyle scoring the third and final goal of the game, whilst Souttar contributed towards keeping yet another clean sheet.

Once again both men were called in to the starting lineup and combined to secure yet another 3 points. Ensuring Australia have the perfect qualification record. A 77th minute Martin Boyle corner was met by the head of Harry Souttar and secured the 1-0 win. Souttar was later named ‘Player of the Match’ and has an impressive 6 goals in 5 games for his country.

The Socceroos finished top of Group B, making history with eight wins in eight and move in to the 2022 World Cup third qualifying round.

Hilton does it Rover again