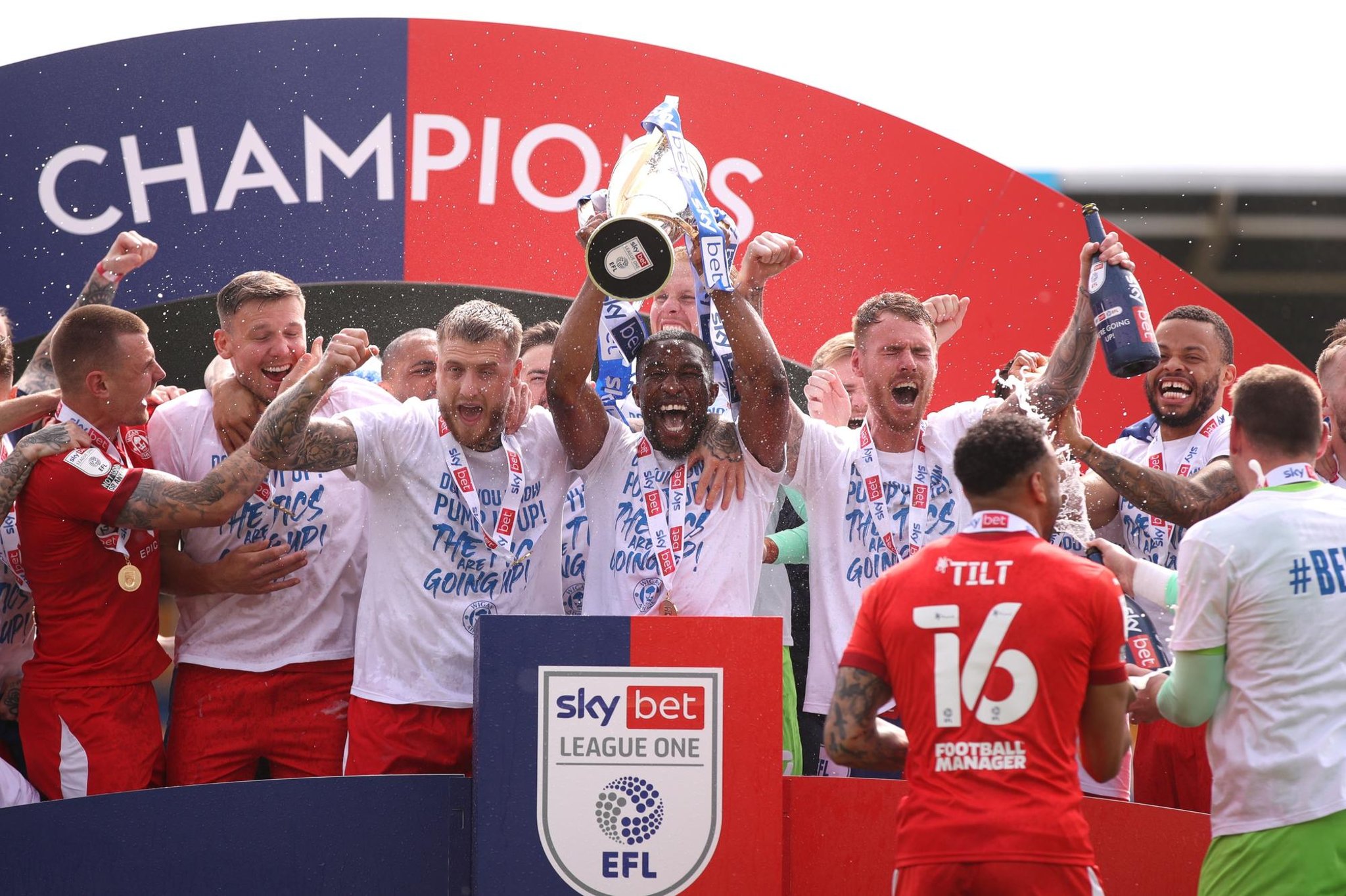 The League One title race will go down to the final game of the season after a dramatic night. Callum Lang’s opening goal for Wigan Athletic put them in charge against Portsmouth but they slipped to a 3-2 defeat at Fratton Park.

Jamie Lindsay’s Rotherham United seemed to have secured a priceless win at Sunderland but a late equaliser meant that they had to settle for a 1-1 draw.

Notts County came from a goal behind to beat Dover 3-0. Ed Francis’ goal set ‘The Magpies’ on their way to a 3-1 win in the National League.

Bethany England’s headed finish opened the scoring for Chelsea as they beat Tottenham 2-1 at Kingsmeadow. The victory extends their lead to 4 points at the top of the WSL.

Even Barrie McKay’s “Man of the Match” performance for Hearts couldn’t unlocked a stubborn Ross County defence during the 0-0 draw at Tynecastle.

A big Congratulations to Callum Lang and Jamie Lindsay who will play EFL Championship football next season. Callum’s Wigan Athletic side were confirmed as Champions after winning 3-0 at Shrewsbury Town. Rotherham United took the other automatic promotion spot after beating Gillingham 2-0.

Marine beat Runcorn Linnets 2-1 in the Northern Premier League play-off. Ben Hughes and Josh Solomon-Davies will be looking forward to competing in the Premier Division next season. Whilst Wigan Athletic’s Owen Mooney can be proud of the account he made of himself whilst on loan at ‘The Linetts’.

Declan McManus, Keston Davies and Ben Clark starred for The New Saints as they completed an historic league and cup double. They beat Penybont 3-2 with Dec scoring his 30th goal of an incredible season.

Ed Francis was introduced in the 76th minute as Notts County beat Dover 1-0 at home. Toby Mullarkey’s Altrincham earned another point as there upturn in form continues. #FullNInetyFamily