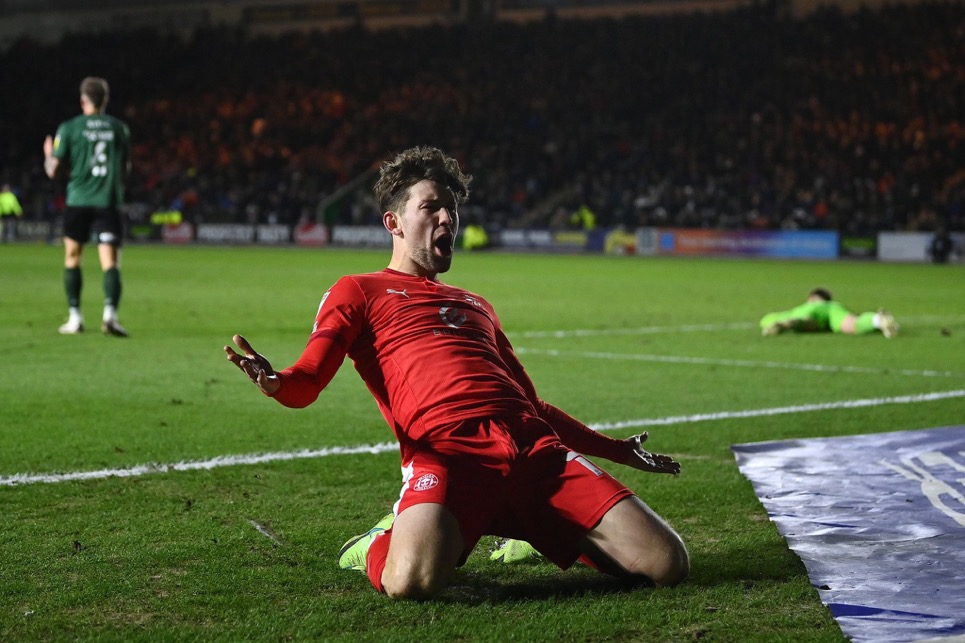 Man of the moment Martin Boyle was named as the Star Man in last week’s SPFL Team of the Week, fresh on the back of his headline grabbing hat-trick against Rangers in the League Cup Semi-Final.

23 year old forward Callum Lang celebrated his 50th career goal during Wigan Athletic’s 2-2 draw at Cambridge United, where two late goals rescued a point. Also in League One; Jamie Lindsay made a welcome return to the Rotherham United side following injury. The Millers went to the top of the table following the 2-0 win at Ipswich Town.

Chloe Arthur, Rachel Boyle, Lisa Robertson and Lizzie Arnot were all included in the Scotland match day squad that faced Ukraine. The game ended in a frustrating 1-1 draw with the Scots heading to Seville to face table toppers Spain next.

Manchester United’s Ella Toone pulled on the national shirt for the Lionesses in their World Cup Qualifying game at The Stadium of Light. England edged out Austria by a single goal to nil and top their group.

Hearts moved up to second place in the SPL with Barrie McKay impressing again. The Jambos beat St Mirren 2-0 at Tynecastle.

Tyrese Campbell completed his first 90 minutes of match action since returning from a serious knee injury. His Stoke City side were left disappointed after they slipped to a 1-0 defeat against Blackburn Rovers in the EFL Championship.

Callum Lang’s clinical 90th minute finish gave Wigan Athletic a vital 3 points in their quest for promotion from League One. The Latics made the long trip to Plymouth Argyle and were rewarded with a 2-1 win.

In League Two Aaron Morley supplied the assist for Rochdale in their tight 1-1 draw against Exeter City at Spotland. #FullNinetyFamily