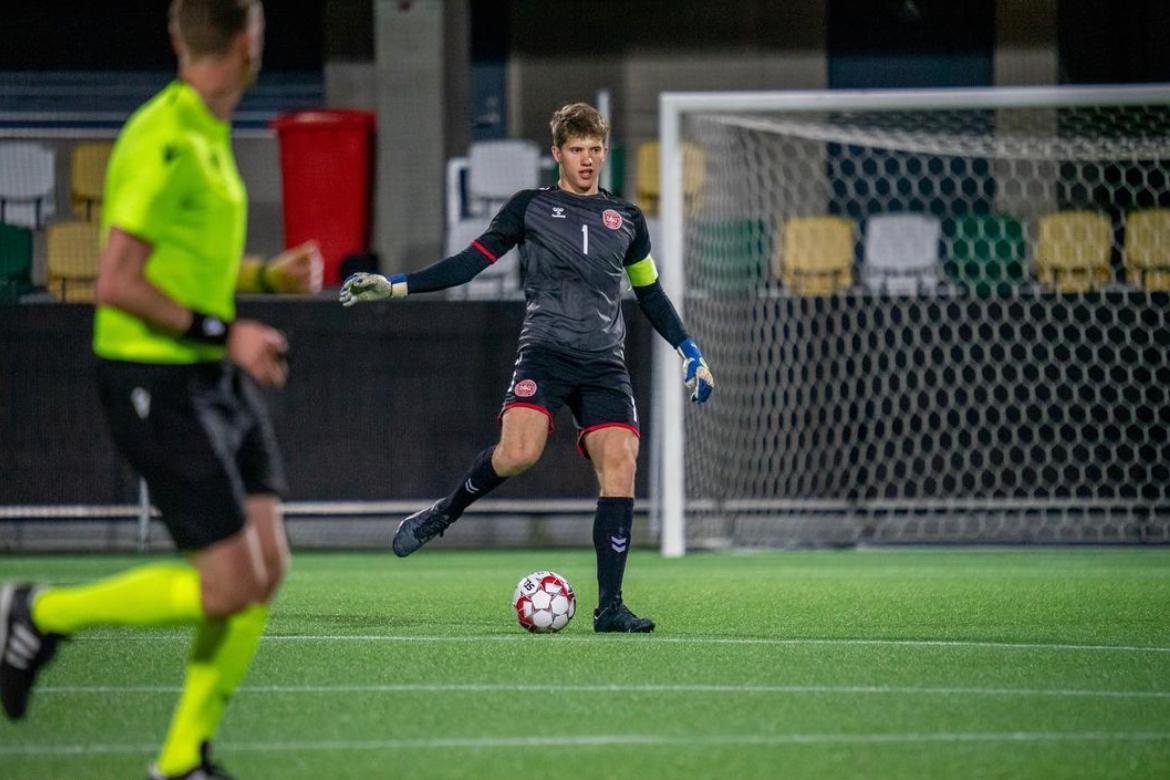 Toby Mullarkey’s Altrincham battled hard to hold off high flying Chesterfield to secure a 1-0 win. Also in the National League; Notts County overcame a stubborn Boreham Wood 1-0 as both teams vie for a play-off place. Ed Francis entered the fray as a substitute to shore up the midfield.

Claiming a vital narrow victory were AFC Fylde who overcame Spennymoor by a single goal to nil. Jamie Stott kept the door shut at the back for the Coasters. Fellow National League North player Ryan McLean collected a point after Hereford’s 1-1 draw at Kettering.

Theo Sander earned Denmark a 2-2 draw with an excellent save in the second half of their u17 Euros qualification game against Sweden.

Two second half goals gave Olly Lee’s Gillingham at priceless 2-1 win at Accrington Stanley. The Gills recent good form has seen them pull out of the League One relegation zone.

Luke Bolton made his case for a regular starting berth following an impressive 10 minute cameo for Salford. City came from a goal down to beat Walsall 2-1.

Altrincham notched up another 3 points thanks to a 1-0 win against Aldershot with Toby Mullarkey featuring.

Denmark u17’s were back in action against Latvia in a must win game to keep there Euros qualification hopes alive. Theo Sander again put in a commanding performance in goal and ended up captaining the young Danes to a 3-2 victory.

Liverpool took another step towards FA Women’s Championship glory after a comprehensive 3-0 victory over Durham. Taylor Hinds and Megan Campbell both made valuable contributions.

Lizzie Arnot scored one and assisted another for Glasgow Rangers as they demolished Hearts 6-0 in the SWPL. #FullNinetyFamily