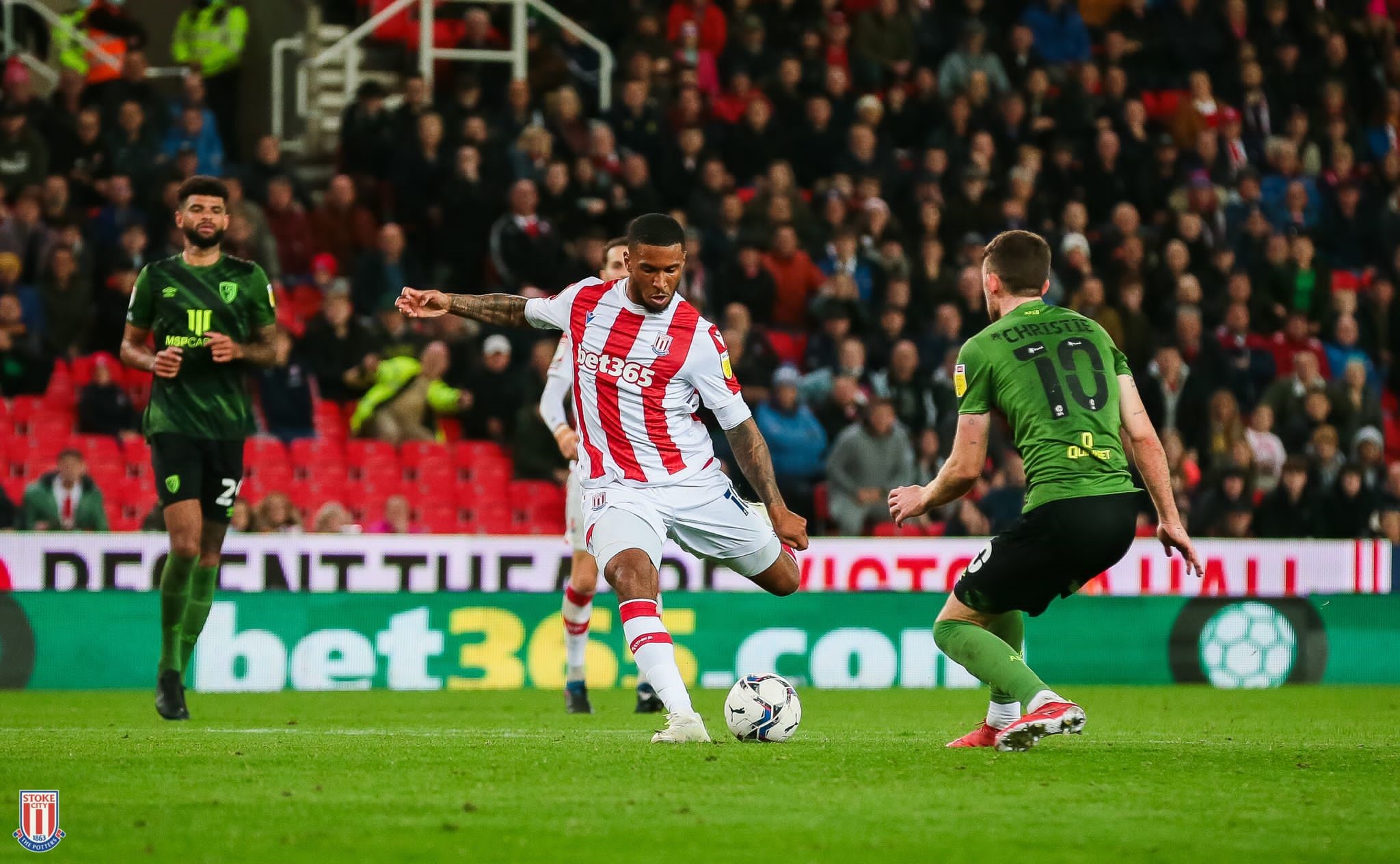 Tyrese Campbell made his long awaited return to first team action for Stoke City, who were in EFL Championship action against Bournemouth. The Potters’ No.10 made a stirring 20 minute substitute cameo, and was unfortunate not to have grabbed a goal. The visitors to the bet365 Stadium edged a tight affair 1-0 with Harry Souttar giving another solid performance as he repelled a dangerous forward line.

Ed Francis completed the 90 minutes and provided an assist for Notts County as they crushed Tamworth 4-0 in FA Cup Qualifying. The Magpies will make the trip north to Rochdale for their First Round Proper match.

Having taken a first half lead, Stoke City eventually lost away to Millwall 2-1. Another strong display from Harry Souttar and bright cameo from substitute Tyrese Campbell was not enough to prevent a third straight defeat.

Barrie McKay produced a BBC Sport Man of the Match performance for Hearts in the SPL. They drew 1-1 with Dundee at Tynecastle to bolster their great start to the season.

Wigan Athletic got back to winning ways following their blip in midweek, with Callum Lang coming up with the goods again. His deflected shot opened the scoring and he claimed an assist as they won 2-0 at AFC Wimbledon.

Midfield playmaker Aaron Morley settled the game with a dramatic 95th minute winner against  Sutton United in League Two. Rochdale let a two goal lead slip inside the final 10 minutes before Aaron rifled one in from 20 yards to seal a 3-2 win. #FullNinetyFamily