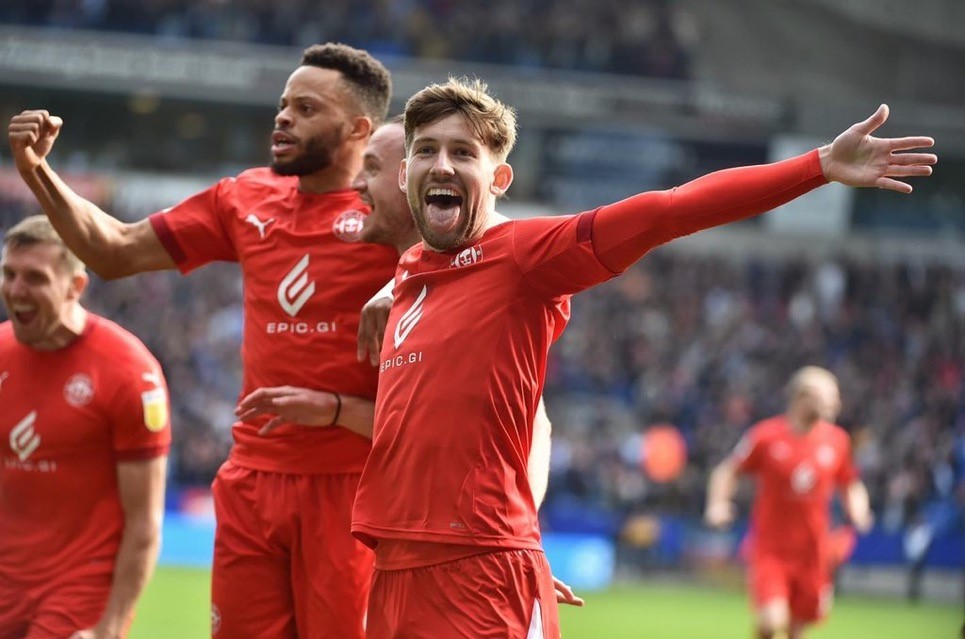 Declan McManus claimed both assists for The New Saints in their 2-1 victory over Bala Town. An unbeaten start to the season sees them extend their lead at the top of the Welsh Premier League to 7 points.

Ex Blackburn Rovers Academy graduate Jack Evans continued his development with another impressive display for Forest Green Rovers in the Papa John’s Trophy. His side drew 2-2 with Brighton & Hove Albion’s Under 21 side. Rovers took the extra bonus point by securing a 5-3 penalty shoot-out success.

Taylor Hinds’ Liverpool edged Aston Villa in their Continental League Cup tie. The teams couldn’t be split after a 1-1 draw at full-time, but the Reds collected the extra point after a narrow 5-4 penalty shoot-out success. Kit Graham also reached the next round after Tottenham beat Charlton 1-0.

Manchester United drew 2-2 against Durham in the Continental Cup with Ella Toone scoring from distance for the Red Devils. The young Lioness also dispatched a penalty-kick as her side secured a bonus point in the shoot-out.

The Scottish Premiership’s top two sides went head-to-head at a packed Ibrox. Barrie McKay made a successful return to former club Rangers as his Hearts side secured a 1-1 draw after a dramatic late equaliser.

Stoke City led at Bramhall Lane for a large period of the second half, but succumbed to two late strike to lose 2-1. The Potters remain in the Play Off positions and Harry Souttar will be looking be looking to get his side back to winning wage at home to league leaders Bournemouth later in the week.

Wigan Athletic hammered local rivals Bolton Wanderers 4-0 in a blood and thunder derby game in Horwich. In form Callum Lang scored his 4th goal of the season and notched another assist.

Centre-forward Joe Piggott has now recovered from Covid 19 and struck the only goal as AFC Fylde continued their unbeaten start to the season. The Coasters beat Gloucester City 1-0 and remain at the pinnacle of the National League North.

Congratulations to Mace Goodridge who made his debut for Chorley as a late substitute. They beat Darlington 2-1 at Victory Park, with the Magpies moving up to 5th place in the National League North table. #FullNinetyFamily