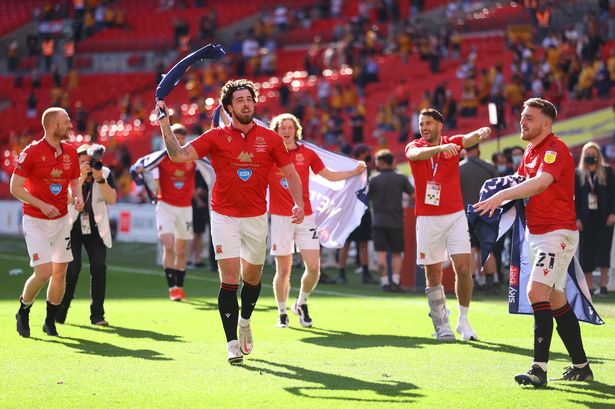 Eastleigh introduced Ryan Hill as a late substitute as they looked for a winning goal in their National League game at Altrincham. ‘The Spitfires’ had to be content with a point following the 1-1 draw at Moss Lane.

Martin Boyle’s outstanding performances for Hibernian were recognised by his teammates when he was voted as Player’s Player of the Year for 2020/21. The Australian international winger bagged 15 goals while also being named Player of the Year by club sponsors Caledonian Heating & Plumbing.

Rangers Women cruised to a 6-0 win against Motherwell in their final home game of the SWPL season, with Lizzie Arnot featuring for the Glasgow giants. Elsewhere, Lisa Robertson’s Celtic hit Forfar Farmington for 10 without reply.

Morecambe were victorious at Wembley in their League Two Playoff Final against Newport County thanks to a penalty converted in the second half of extra time. The single goal was a enough to see the Shrimps promoted to League One for the first time in their history. Massive congratulations to young Freddie Price who more than played his part throughout the Season #FullNinetyFamily